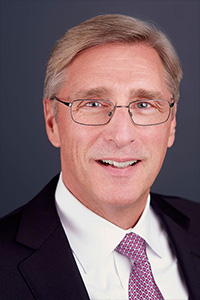 Mr. Schroeder is a CPA who brings over 30 years of diverse experience in investing and financial reporting to the FASB. Most notably, he brings a strong investor perspective to the FASB, with more than 15 years of experience working with all facets of the investment community. During his career, he has viewed the preparation of financial statements and the application of accounting standards from varying perspectives including auditor, preparer and investor.

Prior to joining the Board, Mr. Schroeder was a partner at Carlson Capital, L.P., a Dallas-based money manager. He joined Carlson Capital’s relative value arbitrage team in 2000 and was a member of the firm’s management and investment committees. As a senior portfolio manager, he focused on the financial services industry, including both public and private companies.

Mr. Schroeder also spent five years as a senior equity analyst with Schroder & Company, Inc. (subsequently acquired by Citigroup Inc.) and KBW, Inc. (formerly Keefe, Bruyette & Woods Inc.), both based in New York City. From 1993 to 1995, he was Chief Financial Officer for NewYork-based Nafinsa Securities, Inc., and various other subsidiaries, of Nacional Financiera, SNC, the primary development bank for the Mexican government. Prior to that, he spent thirteen years with Ernst & Young, including the firm’s National office as well as client-serving roles in New Orleans and New York, where he was a partner in the financial services division.

From 2008 until his appointment to the Board, Mr. Schroeder was a member of FASB’s Emerging Issues Task Force (EITF). From 2008 to 2010 he also was a member of the Standing Advisory Group for the Public Company Accounting Oversight Board, the organization created by the Sarbanes-Oxley Act of 2002 to oversee the audits of public companies in order to protect the interests of investors and the public interest by promoting informative, accurate, and independent audit reports.

Mr. Schroeder earned his Master of Business Administration from Tulane University and a Bachelor of Science degree in accounting from the University of New Orleans.
×
×