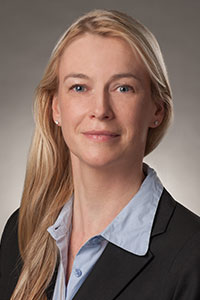 Alicia A. Manders is an assistant director of technical activities at the Financial Accounting Standards Board (FASB) and the executive director of the Financial Accounting Standards Advisory Council (FASAC). In those roles, she is involved with various technical projects, serves as the primary administrator of the FASAC’s activities, and facilitates many of the FASB’s activities with its stakeholder groups, who provide input into its decision-making processes.

Ms. Manders previously worked for Ernst & Young in Stamford, Connecticut where she was a senior auditor in the Assurance and Advisory Business Services Department.

Ms. Manders is a CPA in the state of Connecticut.
×
×