On September 5, 2019, the Financial Accounting Standards Board (FASB) issued a proposed Accounting Standards Update (ASU) to provide temporary optional guidance to ease the potential burden in accounting for (or recognizing the effects of) reference rate reform on financial reporting.

Stakeholders are encouraged to review and provide comments on the proposed ASU by October 7, 2019.


Why Is the FASB Issuing This Proposed ASU?


In response to concerns about structural risks of interbank offered rates (IBORs), and, particularly, the risk of cessation of the London Interbank Offer Rate (LIBOR), regulators around the world have undertaken reference rate reform initiatives to identify alternative reference rates that are more observable or transaction based and less susceptible to manipulation.

Stakeholders raised certain operational challenges likely to arise in accounting for contract modifications and hedge accounting due to reference rate reform. Some of those challenges relate to the significant volume of contracts and other arrangements, such as debt agreements, lease agreements, and derivative instruments, which will need to be modified to replace references to discontinued rates with references to replacement rates.

What Are the Main Provisions in the Proposed ASU? 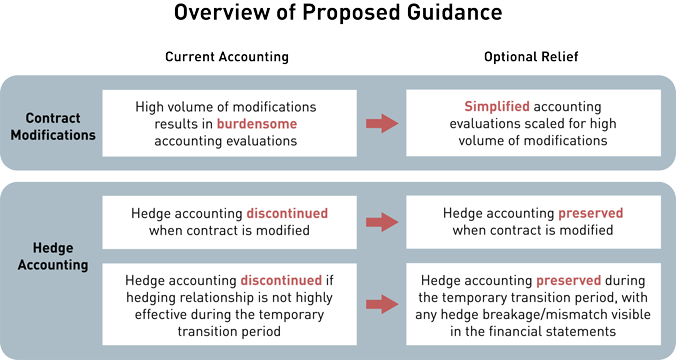 The proposed guidance would provide the following optional expedients that reduce costs and complexity of accounting for reference rate reform: An entity can elect to apply the proposed amendments as follows:

Who Would Be Affected by the Amendments in This Proposed ASU? 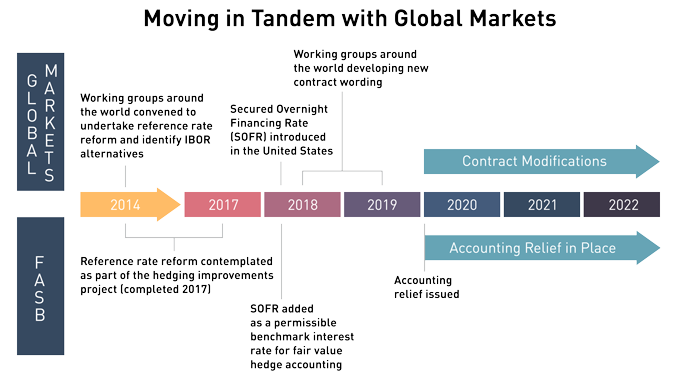 When Would the Proposed Guidance Become Effective?