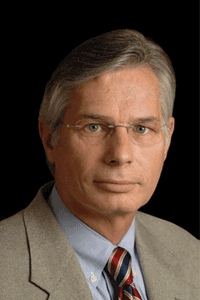 Lawrence W. Smith joined the Financial Accounting Standards Board (FASB) in 2007, and was reappointed to a second five-year term effective July 1, 2012. His second and final term concludes on June 30, 2017. As part of the seven-member FASB, he is responsible for advancing the Board’s mission to establish and improve financial accounting and reporting standards to increase transparency for users of financial reports, increasing investor confidence in the capital markets.

Prior to his appointment, Mr. Smith spent five years as Director, Technical Application and Implementation Activities, of the FASB. In this role, he managed FASB activities related to application and implementation issues, and served as Chairman of its Emerging Issues Task Force (EITF).

Mr. Smith joined the FASB staff in 2002 after a distinguished 25-year career at KPMG. From 1988 to 2002, he was a Partner with KPMG, located most recently in its Stamford, Connecticut office. From 1992 to 1996, he served as a Partner in the firm’s Department of Professional Practice in New York.

During his tenure with KPMG, he also served as Engagement Partner and SEC Reviewing Partner on a number of international Fortune 1000 clients. Active in the accounting profession, he is a past member of the Technical Standards Subcommittee of the Professional Ethics Committee of the AICPA.

Mr. Smith earned his Master of Science in accounting from Northeastern University.
×
×