Marc A. Siegel, Board Member 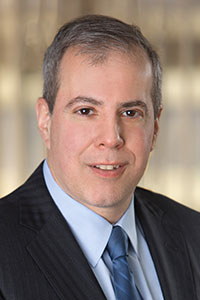 Marc A. Siegel was appointed to the Financial Accounting Standards Board (FASB) in 2008, reappointed to a second five-year term in 2013. His second and final term concludes on June 30, 2018. In this role, he brings an investor perspective to the Board that establishes U.S. generally accepted accounting standards for private-sector entities, including businesses and not-for-profit organizations.

A recognized expert in forensic accounting, Mr. Siegel has over 20 years of experience in diverse and global industries that include technology, media, telecommunications, healthcare, retail, and insurance. Prior to his appointment to the FASB, he led the Accounting Research and Analysis team at the RiskMetrics Group in Rockville, Maryland.

Previously, Mr. Siegel was the Director of Research at the Center for Financial Research & Analysis (CFRA), prior to the firm’s acquisition by RiskMetrics Group. In this capacity, he was responsible for CFRA’s proprietary research methodology for identifying hidden risks of business deterioration through forensic financial statement analysis, leading a team of twenty five analysts in North America and Europe. He joined CFRA in 2001, after spending ten years at Arthur Andersen LLP as both an auditor and a financial consultant focusing on litigation support.

Mr. Siegel is a member of the New York State Society of CPAs (NYSSCPA), and was on the faculty of the Washington, DC Bar Association/George Washington University Law School. Mr. Siegel also served on the FASB Investors Technical Advisory Committee (ITAC) from 2007-2008, and was a frequent guest on CNBC and other financial TV programs, speaking on various accounting issues in the news. He is the author of numerous articles on topics of interest in accounting.